Chicken Tikka: Succulent, tangy, magical chunks with a careful balance of spices and herbs. My recipe may seem involved, but it has proved extremely popular and it also works brilliantly in place of ordinary chicken in curries. This recipe can also be used to make starter portions of chicken tikka, and I would suggest adding a little extra seasoning (salt or chaat masala) sprinkled on top when serving.

This recipe from Volume 1 makes enough chicken tikka for approximately seven to eight single portion curries, and can easily serve six people as a generous starter. You can scale the ingredients up or down to make more or less at a time. Chicken Tikka works well in many curries, for example, Jalfrezi. 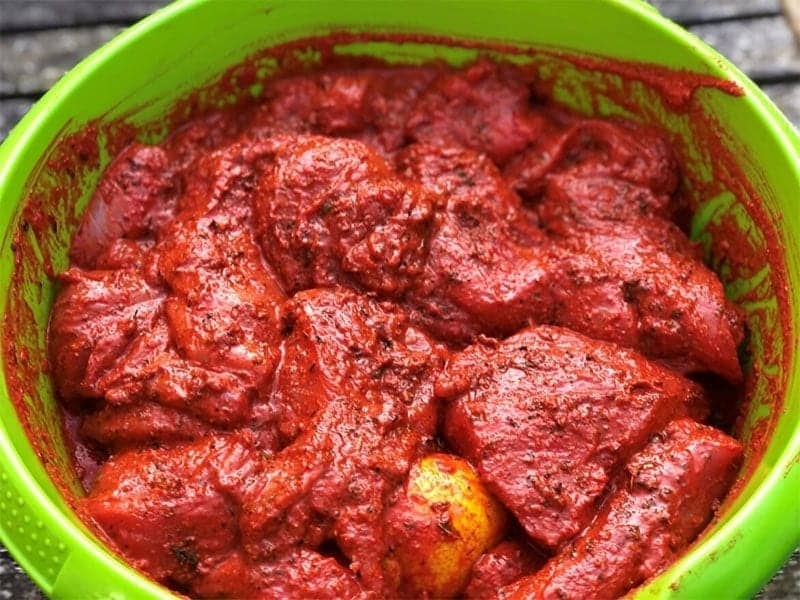 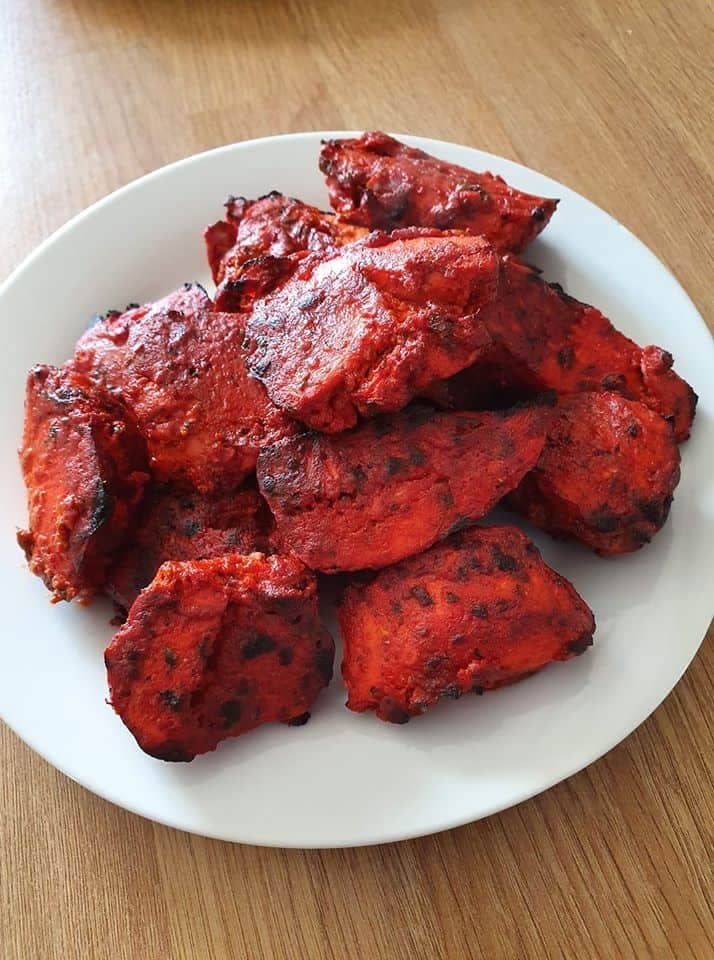