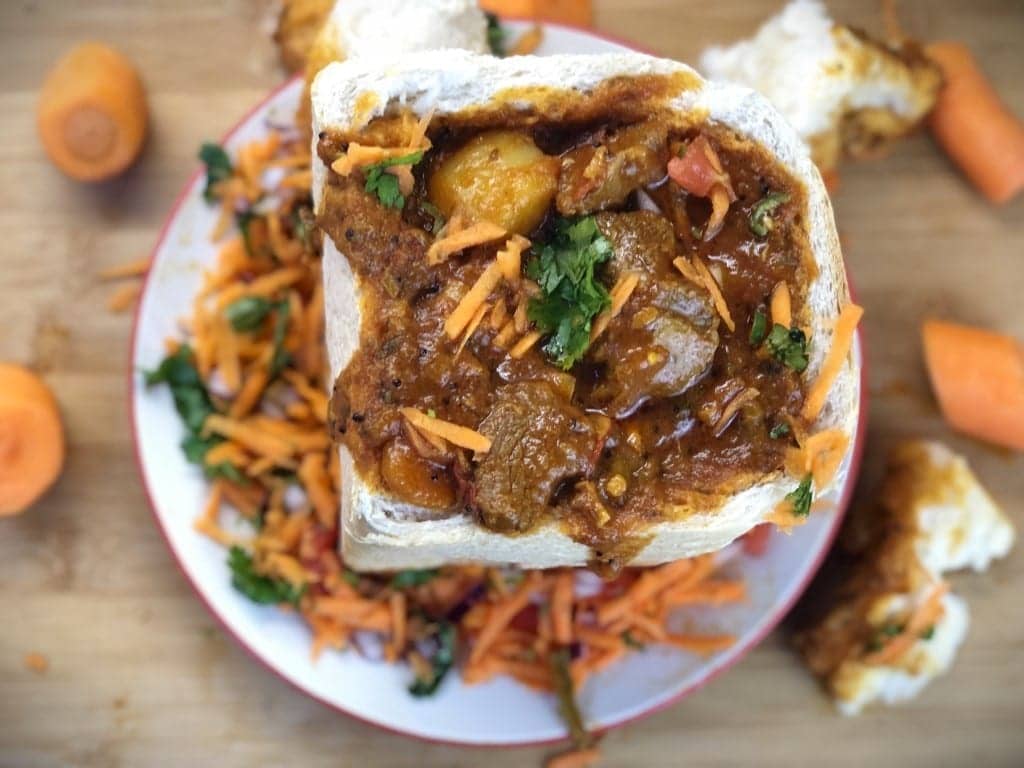 Bunny chow originates from Durban, South Africa, where the immigrant Indian population invented a cheap street food meal during hard economic times. Originally vegetables were mostly used instead of meat, but the modern bunny chow is typically a spicy lamb curry with lots of gravy served inside half a loaf of bread, accompanied by a pickled carrot salad. For the more authentic experience eat with hands only, using the scooped-out bread as a dip.

I hesitate to use the word ‘dish’ to describe bunny chow. It’s less elegant than that and takes pride in being messy. So, what’s with the name? There is absolutely no connection with rabbits. A popular theory is that Indians from the Bania caste created the ‘dish’ to serve as an easy to carry takeaway, which was passed through café windows to those excluded from entering the premises.

This recipe will make enough curry to feed three to four people. Feel free to experiment with the size and the type of bread you serve it in – half a large loaf will most likely be too big a serving size for one person unless shared (that would get messy!).

This recipe is from my cookbook CURRY COMPENDIUM, and is also in my second book, INDIAN RESTAURANT CURRY AT HOME VOLUME 2. All my books are available in both physical and kindle formats.

For the Carrot Salad: